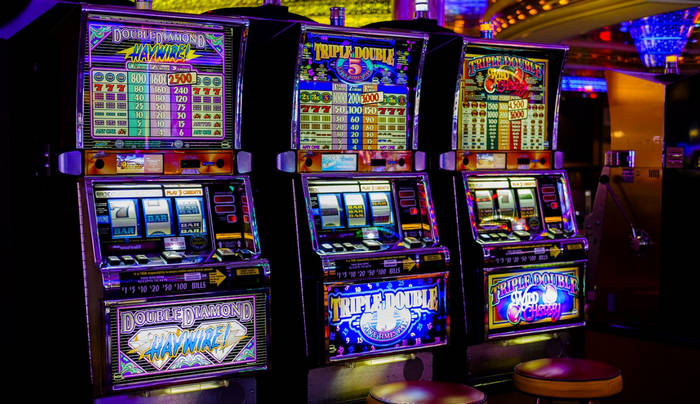 Films and the entertainment industry provide inspiration for a whole range of products. Clothing, food, buildings, computer games and even the online casino industry cant help but borrow ideas from movies. The popularity and reach of films make them a very marketable source and they can bring in huge revenues for business adding their spin on to titles.

Casino and Slot game developers like to use different themes and ideas for their games and popular films are a great source for them to base a game on. A quick glance at a website such as https://www.casinoguide.co.uk/live-casino shows you just how many different casino games and operators there are available. One of the most popular type of games is online slots, of which lots of titles have taken inspiration from films. Of course not all films would be suitable for developers to base a game on, but some feel like they would suit a slots title down to the ground.

Slot games are arguably the most popular type of online casino game and it is easy to see why. They are very exciting to play, offer various ways to win, often have amazing graphics and quality sound. However, perhaps the main reason why so many people enjoy playing slot games is because of the various themes which are available. One of which is movies and there are some excellent slot games based on films.

The best films to be made into slot games include The Dark Knight, Scarface, Rocky, Bridesmaids, Ferris Bueller’s Day Off, Nightmare on Elm Street, Forrest Gump, Grease and The Hangover. Many of these films can be considered classics and the slot games based on them have also proved to be very popular.

The Dark Knight is a great example and this five-reel slot game was designed by Microgaming. There are 14 winning symbols and 243 winning combinations with characters including Batman, Harvey Dent, Rachel Dawes, Commissioner Gordon and the Joker. Batman is of course the highest earning symbol and bonus features appear at random in the form of Batman and Joker. The Batman films were hugely popular in the cinema and later on DVD, Blue ray and digital downloads. Christian Bale played a great Batman (some say the best) and it is no surprise developers turned this super popular film in to a game.

Many of the other movies listed above are considered to be the best films to be made into slot games. You will find all the leading characters from the films are included on the reels such as Rocky, Apollo Creed, Ivan Drago, Clubber Lang and Adrian on the Rocky slot game, Freddy Kruger, Quentin, Jesse, Nancy and Kris on the Nightmare on Elm Street slot game plus Danny and Sandy on the Grease slot game.

Using a film to create a slot game is the perfect way to generate a theme which players already know and love. Following on from the success of the films highlighted above, slot game developers have continued to produce some fantastic slot games based on films. By using well known and recognisable characters in the games, developers hope that the familiarity will encourage players to play, and also come back and play again and again. Would players play a boring looking game with characters they don’t know or have never heard of? Probably some would, but the majority will feel more comfortable playing on games with names they know and recognise.

Jurassic World by Microgaming, Planet of the Apes by NetEnt, Beauty and the Beast by Asylum Labs, Jumanji by NetEnt and Jungle Book by Yggdrasil are some of the most recent editions to the film themed slot game world. You can expect to see dinosaurs, battles between apes and humans, the tale of Beauty and the Beast plus the likes of Mowgli, Bagheera, Baloo and Shere Khan in the Jungle Book.

There are so many fantastic film themed slot games to choose from that you could spend months playing them and still not run out of new games to try. However, there are some cracking films which have yet to be made into slot games including Star Wars and Harry Potter. There is no doubt that these are two of the best film series which could be made into slot games but unfortunately it appears unlikely this will happen in the near future. As technology (especially in mobile) continues to advance, it’s exciting to see where developers can take these games and what other enhancements they can make.

There were once Star Wars slot machines available at casinos In Las Vegas but these have since been removed after the franchise was purchased by Disney. Therefore, we are unlikely to see an online Star Wars slot game soon but we can always dream. In the meantime, we have highlighted many of the best films to be made into slot games and there are plenty to enjoy.